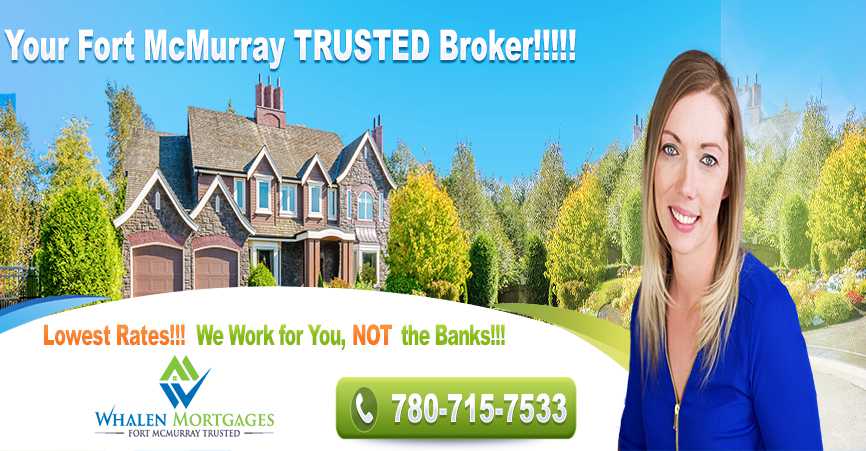 What Is a Variable Rate Mortgage?

Why Is the Five Year Term the Most Popular?

For Fort McMurray mortgage customers, variable rate mortgages are often preferable as the penalty to break a variable rate mortgage is the least expensive of all the mortgage types and terms. The penalty to break your mortgage on a variable rate is 3 months interest whereas on a fixed rate your penalty would be the IRD (interest rate differential) OR 3 months interest whichever is greater. Prime also follows the Bank of Canada overnight lending rate, which is tied to economy performance so therefore a poorly preforming economy generally means a lower overnight lending rate.

How Are the Interest Rates Defined?

The interest rate will rise and fall with the prime rate. Lenders will describe the interest rate as plus or minus a certain percentage of the market rate. For example it would be prime rate – 0.25% or prime rate plus 0.5%. If the prime rate is 4%, your interest rate would be quoted as 3.75% in the first case and 4.5% in the second.
Note that the mortgage term is based on the time frame you select. A five year variable rate mortgage will be in effect for five years. That is true regardless of the amortization period unless you’re in the very last stages of the loan pay-off process.
Your interest rate will also be determined based on your risk profile. Interest rates are higher for investment properties than primary residences. Interest rates will be higher if you have bad credit. If you are slowly repairing your credit, you may want a shorter loan term so that you can essentially refinance the loan at renewal in one to three years. A shorter loan term is also a good idea if you may be moving before the standard five year loan term is up. Yet the variable rate mortgage means you won’t be tempted to break the mortgage to refinance when interest rates are falling. If interest rates are rising and likely to remain high, talk to a Fort McMurray mortgage broker to refinance to a fixed rate mortgage.
Another factor is the lender’s situation. They may offer a lower interest rate because they charge more in fees. Their interest rate may be different than the competition because they assess risk differently, too. You can always jump from a variable to the outstanding term fixed rate with no penalty, you cannot go from a fixed to a variable without a penalty.  Consult with your Fort McMurray mortgage broker to learn what interest rate you could qualify for before you take out a new mortgage or renewing your current one.